Our piano teachers at the schools are:-

Ian started his musical journey as a bass player in a high school rock band.  He subsequently became a school teacher and developed a passion for Celtic music, playing guitar, whistle and piano/keyboards.

Ian currently plays in duets and covers bands and teaches piano and guitar 5 days a week to students of all ages.  His patient, personalised teaching comes from a lifetime working in education and a personal love of music.  He finds that having learned piano later in life himself is a positive advantage, as he can clearly remember the challenges faced by students and the practice drills that allowed him to progress his playing.

Leonie was educated  at Canterbury University ,  New Zealand and graduated in Primary Teaching & Music in 1965.  She undertook further music studies, and in 1975 graduated with  Licentiate  Diploma  [ LTCL ]  in the Art of Pianoforte Playing  from Trinity College of Music London, and in 1978  Accredited  as a Private Music Teacher  in piano  with New South Wales State  Conservatorium of Music.  For 25 years she was a Piano  Tutor at a private primary/secondary school in Sydney .    Leonie has a wonderful way with young students and is very popular and tends to have a waiting list.

Katrina graduated from the ANU School of Music in 2013 with a Bachelor of Music (Hons) in piano performance having studied with Israeli-born pianist Arnan Wiesel. She has experience performing as a soloist, accompanist and chamber musician; working as part of a choir and arranger; and has taken courses in conducting and music education. She has a strong passion for music education and completed her major research project for her honours year on the importance of the student-teacher relationship within instrumental lessons. As a result of her research, she has adopted a teaching style that aims to allow students to develop a positive relationship with music and learn in an unthreatening environment.  Katrina currently has a waiting list for students at Majura Primary.

Mary-Liz plays piano and flute and has performed in choirs and bands, flute groups and so on.  She also played in the Indonesian Gamelan while at Monash University . This involved a trip to Bali and Central Java playing to and listening / learning from groups there.

Mary-Liz studied at Monash University Melbourne and Australian Catholic University majoring in music and geography with a minor in History. She taught high school in Victoria and NSW for seven years including music and had some private students. After that she completed two more courses – one at Wollongong Conservatorium on preschool and early primary music and level one Orff – childhood music in Canberra as well as participating in many Orff PDs. She taught preschool music in Nowra and the surrounding areas and after moving to Canberra in 2007 taught primary school music at St Michaels primary school and St Thomas Aquinas primary for 5 years. Mary-Liz currently teaches piano at St Michaels, Majura Primary and at home and have done this since 2008.

Jo is the principal of the Celtic Arts Agency and is an accomplished piano and concertina player who has been teaching for 20 years.  She has performed all over the world and has a CD titled Elysium.

Jo teaches celtic, classical and contemporary music and is especially interested in showing students how to play by ear and improvise as well as reading written music.

Her passion for music led her to want to concentrate on conveying a love of music, and how much fun it can be, and she has recruited teachers along the way who share that vision.  Jo teaches herself privately at Queanbeyan, but also teaches within the schools program she set up as the need arises.

Maria Popovic is passionate about music with a licentiate in teaching from the Trinity College of Music, London.  She teaches across a range of styles such as  jazz, classical and world music and likes to encourage students to follow their musical interest.  Maria gets immense satisfaction seeing a child thrive and learn to love music.

Abbey has been teaching piano at Majura since 2018. She is a fifth year student at the ANU studying Arts (Music/French) and Commerce. She has music experience in a variety of jazz, classical, international and contemporary groups. Abbey’s main instruments are the oboe and piano, and she has been teaching music since 2014.  Abbey connects well to younger students to get them started on their musical learning. 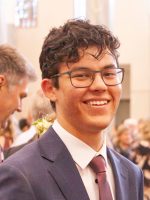 Harrison Whalan is a young teacher currently studying at the School of Music.  He has his Licenciate Diploma in modern piano and a 5 year history teaching students.  His passions are funk, rock and jazz music but he’sacross most genres and happy to follow and develop the interests of your child.  Harrison will provide piano relief teaching in 2021.

Sophia found her passion for music at an early age and began studying piano at the age of 4 at the Wollongong Conservatorium of Music. At the age of 11 she was accepted to study at the Sydney Conservatorium of Music as part of the Rising Stars program. She has an Associate Diploma of Music and her Licentiate Diploma of Music in piano and began teaching piano and theory in 2015. (She also plays and has grades in piano accordion!)

She has had experience performing as a soloist, chamber musician as well as an accompanist at some of Australia’s most iconic concert halls including the Sydney Opera House. Sophia moved to Canberra at the beginning of 2016 to continue her tertiary education (actuarial studies!) at the ANU and has been teaching since then with the Celtic Arts Agency at Majura Primary School.

Sophia is a bright and bubbly young woman with a great heart for encouraging young musicians, and she has a breadth of qualifications and experience that belie her years. 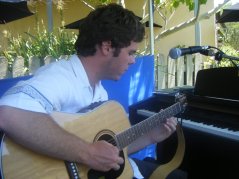 Dan’s infatuation with music began at age 10 when he started private piano lessons. Soon after he began playing guitar and singing too in high school, music being by far his favourite subject.

Dan moved from his hometown Moruya, NSW to Canberra in 2009 to study his Bachelor of Education – Secondary Teaching (Music), which he completed in 2013. Since 2010 Dan has been teaching guitar, piano and singing to young and old students privately and in schools around Canberra.

Outside of teaching, Dan is an active musician in the Canberra community. He is the current director of the Canberra Chordmen barbershop chorus, the director of the Class Notes school barbershop group at Radford College, he sings in two decorated barbershop quartets (The Crunch and Chordsmiths), he was the pianist in the Scottish dance band Strathmannan for several years, and is often involved in choral and band projects in and around the Canberra region.